This one is for the herb-nerds, the skeptics, the curious-hearted, and the scientists! We are firm believers in the herbal traditions passed down through generations. They teach us the heart and soul of herbalism! There is beauty and magic to this way of knowing that is truly beyond words. 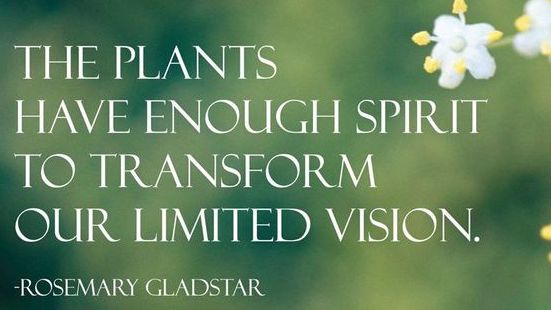 So, we honor the traditions and folklore that surround our herbal allies. Elder (the primary ingredient in Elderberry Syrup) is rich with history! Among many nature-based societies, Elder held a place of deep respect. It has long been revered as a sacred, magical plant. Elder was known for the ability to protect and to heal, particularly by removing evil spells and negative influences. Elder branches were often hung in doorways and windows to protect those living within. It was often said that sleeping under Elder’s branches would allow one to enter the realm of faeries. Danish folklore even revered an Elder goddess! She left the tree each evening to roam the lands and fields, returning to her branches before morning. Wherever stories of Elder come forth, they speak to the innate power and potent healing ability of this plant.

As early as 400AD Hippocrates recognized the healing gifts of Elder, as did many Indigenous tribes here on Turtle Island (North America) and throughout Europe, Asia, and North Africa. As we acknowledge the rich folklore and herbal traditions associated with Elder, we also appreciate the modern science that echoes this ancient knowledge. Science brings new insights into plant medicine. So, we recognize the scientists: the knowledge-seekers who look deep into the inner workings of plants. They seek to better know how plants work to support humans. Theirs is the language of chemicals and compounds, catalysts and atoms. It is a magical language in it’s own right. 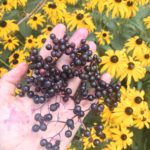 Surely, science will never tell the whole story. Plants are complex, living beings with an ancient language all their own! But alas, understanding the science is an important step in “legitimizing” herbalism in our modern society. We choose to see science as a “bridge” to traditional herbalism. By looking into the science behind plant medicine, we can establish a deeper trust and understanding. This is especially important to those just beginning their path into herbalism. In the words of Khalil Gibran, “your passion and your reason are the rudder and the sail of your sea-faring soul”. We can use our hearts and minds to build our relationship with plants!

Below is a collection of scientific research that we have saved through our work as students of herbalism. May these articles help inspire and guide your own research! And should you be interested in seeing the entire pdf of any document or want to share your own research, just shoot us an email!

“The juice pressed from black elderberry fruit contains many primary metabolites including various sugars and organic acids. High concentrations of organic acids are important in processing, since, unlike sugars, they cannot be added to the final product. Among secondary metabolites, elderberry juice is predominantly characterized by high amounts of the anthocyanins… Anthocyanins, as well as other flavonoids (e.g. quercetins), exhibit antioxidant, anticarcinogenic, immune-stimulating, antibacterial, antiallergic and antiviral properties.”

“The berries of the black elder plant (Sambucus nigra) have been traditionally used to address cold and flu symptoms. The berries have demonstrated antiviral activity against certain viruses which experience an increase in incidence during the winter months, including the common cold and influenza, in both in-vitro and in-vivo models. Elderberries contain many active chemicals, including anthocyanins (primarily cyanidin 3-glucoside and cyanidin 3-sambubioside), which have been shown to boost immune function and exhibit anti-viral effects. Oral ingestion of elderberry results in detectable levels of these anthocyanins in blood plasma.”

“In our trial, it seemed as if Elderberry “stabilizes” physical health (PCS score) from before travel until four days overseas, whereas the physical health in placebo participants significantly declined further. The effect was only noticeable when all PCS domains were considered in a holist (or additive) manner. When looking at individual PCS subdomains the effect was not detectable. The slight effect of elderberry on physical health could be due to its reported antioxidant properties. Antioxidant polyphenols are present in elderberries, bioavailable and can increase serum antioxidant capacity.”

“Polysaccharides from elderberries were reported to exhibit macrophage stimulating activity… Elderberry showed potent antiviral activity with a therapeutic index of 12 ± 1.3 against influenza infection… These findings are consistent with clinical data indicating that elderberry can mitigate the duration and severity of influenza symptoms in patients (Mumcuoglu et al., 2010). The action of elderberry is both direct – suppressing viral entry, affecting the post-infection phase, and viral transmission from cell to cell, and indirect – by modulating the release of cytokines…”

“…S.nigra berry when taken close to the onset of symptoms and for up to two weeks, may assist in relieving the symptoms of the common cold and influenza. S.nigra berry may be effective in reducing the duration and severity of fever, headache, nasal congestion, and nasal mucous discharge when associated with an acute viral respiratory infection. Some evidence suggests that S.nigra berry may relieve a cough or help prevent the worsening of cough when attributed to such viral infections.”

*This information is intended for educational purposes only and should not be considered as a recommendation or an endorsement of any particular medical or health treatment. Please consult a health care provider before pursuing any herbal treatments.

Elderberry Syrup Benefits The use of the Elder plant goes back many thousands of years. In fact, fossilized seeds of the North

JOIN OUR NEWSLETTER
Receive FREE SHIPPING on your next order!
Stay in the loop on sales, events,
herbal education, and more.

Statements on this site are for educational purposes only This information has not been evaluated by the Food and Drug Administration. This information is not intended to diagnose, treat, cure, or prevent any disease.

We at Town Farm Tonics believe that your health is in your hands; literally.
Our towns, backyards, fields, and forests are full of the healing herbs within your mug of tea, your spoonful of syrup, or shot of vinegar. So, we invite you to make our tonics the foundation of your self-care practice, spoon by delicious spoon!
Cheers to vitality,
Carissa & Adam